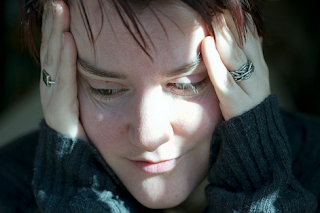 'Tis the season...for "mid-year" blues! Yes, it's that time of year - especially for many who follow a September-to-May "school year" - when it's very common to feel bad about "being behind." But I want to encourage you that what you may be feeling may not be legitimate.

In Proverbs 16.9, God says, "The heart of man plans his way, but the LORD establishes his steps." This means that making plans is a good thing! Planning helps us to be organized and purposeful, and God doesn't condemn it at all.

However, He doesn't ever want us to turn plans into idols we place on a pedestal. Instead, we are to make our plans and do our best by them. But we need to remember to hold them rather loosely, not forgetting that He is the author of time as well as of the path He has intended for us, day by day and month by month. He knew how the last several months would unfold even when you did not. Thus, what we plan in good faith is sometimes (often?) not what He in His sovereignty actually had mapped out for us.

Now, if you've been sitting around for the past several months watching soap operas and eating bonbons, letting your kids do absolutely nothing (which - to be clear - is markedly different from the method known as unschooling!), then, yes, you have legitimate guilt and some repenting and redirecting to work on. We ought not sugar-coat that because, after all, God gives us a big responsibility in educating our kids, and He expects us to be diligent in our calling. I doubt very much that's really where most homeschooling parents are coming from...but even if you really have been lazy and undisciplined lately, don't let the enemy of our souls win! God does not ask perfection of us, and you have not failed as a homeschooler. He does ask us to repent when we realize we've messed up and then to simply get up and move on in Christ without guilt. Of course, that goes for homeschooling as well as anything else.

But, if - as I suspect is true in almost every case of homeschool mom "guilt" - you have been doing the best you can within the context of what has really happened to you and your family over the past few months - and if your heart and mind are still directed toward making diligent progress (no matter how limited some days) - you have nothing from which to repent even if your plans have not all panned out. Nothing! In this case, the feeling you're experiencing is not guilt - true guilt only exists when we have actually sinned. Rather, you're feeling shame...but shame is from the evil one, his trick to get you distracted from your purpose and calling.

And the remedy for shame is to spit in the devil's eye (tell him he has no place in your heart, home, or family!) and make yourself dwell instead on truth. That means choosing to put the facts of the matter (i.e., what really occurred in your life and family the last few months versus what you'd originally planned and the reasons for that) and faith in the Lord - do you really trust Him to properly order your days even when your best-laid plans have gone awry? - ahead of your feelings. Feelings lie; Jesus does not.

Finally, remember that the true authority for Christian homeschoolers is the Lord...not a government bureaucrat and not even a homeschool law. I'm not suggesting we flout the law...but please remember that God's ways are not man's ways. Thus, we may at times - in obedience to the Lord - need to be willing to get "creative" with aspects of man-made homeschool law. When we know we have indeed been diligent before HIM in whatever circumstances we've faced in recent months, we can in good faith work around the details of man-made law if necessary - again, not to flout it but because we must acknowledge that the God of the Universe, who sees all things over time and for eternity - not a homeschool law - is our Master.

Be of good cheer, my friends. God blesses - in His ways - whoever He calls. And there really is no doubt that, biblically speaking, He calls every obedient Christian parent to take the lead in directing the upbringing of his/her own - in every facet of life, not just the spiritual. So you are called by default to keep your children home. Therefore, He will bless your obedience to Him as you persevere in your call to homeschool, even through difficulty and even when it doesn't look like you think it should. 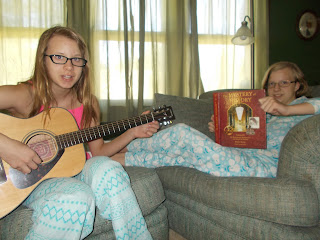