Growing a Positive Attitude in Our Kids: First Things First 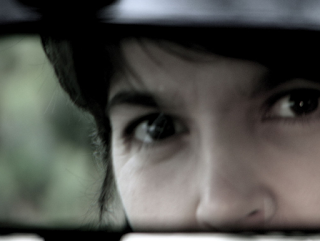 One of my teen daughters had a hard day last week. She felt lethargic. She struggled to focus on the words in her various schoolbooks. And it seemed to her that everyone and everything was exceptionally – distractingly – loud. In other words, she was having what we affectionately refer to around here as “a hormone day.”

In our home, we acknowledge the reality of hormone days – they are real…all along the spectrum of a woman’s life! – and we make accommodations as feasible. But we don’t allow them to become an excuse for bad behavior. So when my daughter snapped at me after I’d asked her to alter some of her plans in order to make part of my day easier, she crossed a line.

But I did, too…because in response to her less-than-stellar answer, I scowled and promptly launched into a mini-lecture assailing her lack of understanding and gratitude.

And, sadly, I’ve reacted in similar fashion too many times to count – whether the precipitating event was a two-year old’s tantrum, an eight-year old’s inability to settle down, or an adolescent’s hormone day.

Thankfully, I’ve almost always had the wherewithal to apologize and ask forgiveness in very short order. And I’m grateful that both my girls and the Lord give grace in abundance. However, I also know that – as the apostle Paul points out – grace is not an excuse to go on sinning (Romans 6.15). Rather, grace gives us the means by which to purpose to do better.

And do better we must.

I actually hear on a daily basis from parents – mostly moms, though this applies to dads as well – who bemoan their children’s poor attitudes. The kids talk back, bully their siblings, refuse to help with household tasks, fail to meet their academic obligations, and decide to deceive their parents about one thing or another. The parents dutifully dole out consequences. But they wonder why their children continue to exhibit habitually bad attitudes even when they begin to outwardly obey.

Chances are, the answer lies in the mirror.

We can demand until we’re blue in the face that our kids exhibit a “positive attitude.” But if they don’t see it in us, why would they do it themselves? If we don’t model it, how will they know what we expect? In fact, it’s unfair to expect of our kids what we do not demand of ourselves.

On “hormone day,” my daughter tossed a dose of snark at me, and I responded in kind. She was undoubtedly wrong. But it would have been much more productive if I’d chosen to respond with maturity, holding her to account in a firm but kind manner, rather than snapping in return (1 Peter 3.8-9). In either case, correction would have occurred. But if I’d chosen personal maturity, I’d have provided her with the added benefit of witnessing a positive response in the face of negativity.

Parenting is hard. It requires us to choose maturity. But that is our call. Are you picking up the mantle today?