What Will You Do? 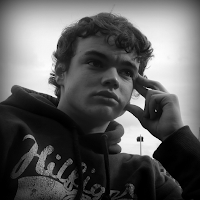 I taught English as a Second Language to young people, ages 11 to 18, for nine years. The kids had a lot stacked against them. They were new immigrants – some were even refugees – and most of their parents struggled to make ends meet. They faced the prospect of adapting to a new culture very different from their own. And on top of that, they were charged with learning a very difficult language for which mastery was imperative.

Despite all of that, I can honestly say they were wonderful kids – even the ones who had occasional bad days. And I really admired their parents, some of whom had survived horrendous atrocities before immigrating. They were grateful to be safe and free in this new land, and endeavored to do whatever necessary to help their kids succeed.

But before long, a disturbing trend developed. You see, the parents were unable to learn much English. For one thing, it’s exceedingly difficult for an adult to pick up a new language with any degree of fluency. Secondly, few adult English classes existed at that time. And, finally, most couldn’t take the classes that did exist because they were working multiple jobs. As a result, the children and teens very quickly surpassed their parents’ language skills and became their parents’ translators. And then some of the parents became dependent on their children. That role-reversal, though unintentional, had a devastating effect on family structure as some teens began to completely reject their parents’ authority.

We all face that same prospect now with our kids and technology. As Kathy points out in Chapter 8 of Screens and Teens, most young people are far more “fluent” in the “language” of technology than we adults. As a result, we might come to rely on them to “translate” for us. And the long-term consequence could possibly be the same as that experienced by my students and their parents: kids might eventually dismiss their parents’ authority.

There’s no easy solution to this. Ever-evolving technology is here to stay. And the fact of the matter is that most of us don’t have time to learn all the new “dialects.” Thus, many of our kids know more than we in the world of technology, and there’s no sense in pretending otherwise.

However, we need to remember that one area of relative weakness doesn’t disqualify us overall. Some of my students’ parents made the sad mistake of believing they’d lost the right to have any authority with their kids simply because of the language issue; thus, instead of acknowledging one weakness but lovingly yet firmly asserting their right to speak into their children’s lives in other areas, they just gave up. And that’s when they lost their kids’ hearts.

Our kids really do need us. They need to learn from the wisdom we’ve gleaned over the years. We have to find ways to keep on being their mentors despite how technology issues pull on them. My students whose parents gave up suffered for it. What will you do to hold on and not let your kids go?