The “School” Calendar: Being Different 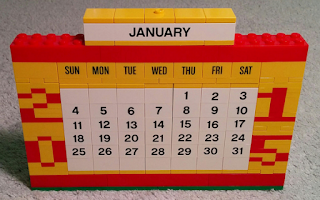 After all, plenty of learning happens in homeschools even when the books are closed. Additionally, there are a good many reasons for all children to continue with year-round formal academics – and all the more so for home-educated kids since (unlike with institutional schools) we generally face few real barriers to it. And besides all that, I resonate with the idea of purposely being different from traditional schools in any way I can – just because I can!

In early 2012, my family and I “went rogue” by changing our official academic calendar from the typical northern hemisphere approach (i.e., a “school year” that runs from September through May) to the southern hemisphere way of doing things. In other words, we run an academic term (or “school year”) from January through December. And we go year-round.

So for record-keeping purposes we start a “new year” in early January and study for six weeks before taking a one-week hiatus in mid-February. Then we study for roughly six more weeks and take another break in late March or early April, adjusting as necessary each year so our vacation week coincides with our desire to take a break around Easter. We take a third week off in mid-May and then study through the end of June before taking our summer vacation for all of July.

We start up again in early August, but extend our study weeks to seven or eight in a row so that, in addition to a week off in late September, we get to take off during Thanksgiving week, too. Then, depending on when Thanksgiving falls, we study for a week or two more before breaking for most of December as our winter vacation.

All in all, such a schedule amounts to about 190 official “school days,” though we log closer to 200 when counting field trips and other incidental educational activities that occur during our hiatus weeks and on some weekends. And it works really well for a variety of reasons.

First, it motivates my children. I aim to make their bookwork as engaging as possible, but the fact remains that all kids enjoy free time. So when my daughters realize they get a vacation every six (or seven or eight) weeks, they more readily focus on their lessons. Second, having shorter vacations enhances learning and memory because my kids never take more than a few weeks at a time away from their formal academics. And third, it prevents boredom. Our longest hiatus is four or five weeks long, and for at least two of those weeks, my kids are occupied with church camp and our annual family lake vacation. They readily occupy their time during the remaining weeks and never reach the point of feeling they have “nothing to do.”

Additionally, it eases my workload – I plan in six-week increments instead of feeling the need to organize a semester or even a whole year ahead of time – thus eliminating the potential for burnout. It also makes homeschool budgeting much easier because we don’t have an artificially-set “first day of the year” for which I need to buy all new materials all at one time; instead, the year-round system creates an atmosphere of continuous learning so we simply buy new books for each content area whenever we need them all throughout the year. Finally, it illustrates truth for my sphere of influence – i.e., that there is nothing sacred or magical about the typical public school calendar. In fact, the way things are done today is very different from public school calendars in earlier eras (i.e., not so long ago, kids went to school in winter and summer but stayed home in the fall and spring in keeping with their families’ need for extra help on their homesteads). So by being different, we demonstrate that today’s typical school calendar is simply one option, not the one-and-only way to do things.

Some question our system, suggesting that it limits my kids’ free time during the fleeting summer months. But – even though I live in Wisconsin, where our summers are, indeed, too short – I haven’t found that to be a problem in practice. In June and August, I do decrease our daily workload a tad – though not by much – to make room for summer activities. Thus, I insure that we finish our bookwork by lunch so our afternoons remain open to summer fun, and that usually works perfectly well. However, I also feel free to make other adjustments – i.e., taking off for a morning instead of an afternoon or even setting aside one day’s planned lessons entirely – when spontaneous activities present themselves. As homeschoolers, we’re not slaves to a schedule; we make our schedule work for us. We can do that in summer just as we do during the rest of the year instead of feeling that summer “requires” us to completely abstain from formal lessons.

One beauty – among so many – in homeschooling is that each of us has the freedom to do what makes sense for our particular family. When the “norm” is not our preference, we can do something different. We can go against the flow.

What about you? Have you considered customizing your family’s home learning calendar even if that means it runs counter to the status quo? Why or why not? 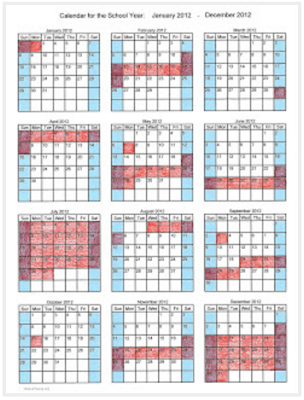