A Masterpiece, Not a Widget 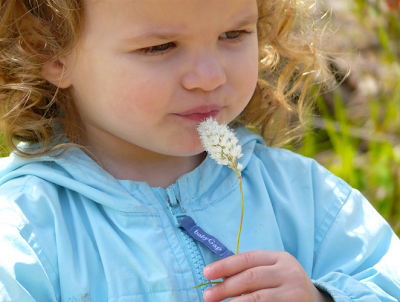 This is what Dr. Kathy teaches in her seminars for parents, teachers, young adults, and children. She believes the truth of the statement to the core of her being. So do I. In fact, this reality has been one of the driving forces in my adult life - a principle by which I endeavored to function when I was a classroom teacher and by which I earnestly seek to live now as a parent.

It’s not easy. It’s so much simpler to put children in boxes – to think in factory mode and attempt to “standardize” them in this way and that. After all, if we know the “normal” parameters in any sphere of life, we can evaluate a child against them and do something about it. Namely, we can gloat when he “exceeds expectations” and take steps to “remediate” when he fails to “measure up.” After all, without an ability to categorize, classify, and rate, how would we maintain control?

But therein lies the rub. Children are not products on an assembly line. They are not nuts and bolts or widgets, each needing to measure precisely the same as its predecessor and peer. We’re not supposed to be able to mold them into the image of our current cultural ideal, each one the same as the next, in an attempt to manufacture some sort of utopian society. We’re not meant to be in control like that.

That’s God’s job. He – as the Creator of the universe and the sculptor behind the intricate design of each individual human being (Psalm 139) – is in charge. He chose the particular DNA sequencing – the blueprint by which each person functions intellectually, physically, emotionally, and spiritually. And He chose in His wisdom to insure that each individual’s sequence is unique and never-to-be-repeated. When we don’t like what we see in a child’s innate being, we can push and prod and poke all day long, trying to re-mold her according to our preferences. But playing God is always wrong. Playing God destroys.

So what does leaving things to God look like in day-to-day reality?

It means choosing to stop pushing your ballerina toward track or your chess champion toward football. It means choosing to cease and desist from thinking of your child as “behind” in math, and deciding instead to say, “This is where he is now, and we’ll make daily progress at his pace.” It means choosing to stop bemoaning your “shy” child in favor of accepting and nurturing her quiet, self-smart nature. Bottom line, it means choosing to study the design intricacy of the masterpiece God has set before you – to facilitate His intentions – instead of throwing the child onto an assembly line or banging away with your human chisel and hammer.

Do you believe Dr. Kathy’s summary? Then prove it in your daily actions toward the unique, one-of-a-kind, unrepeatable, never-to-be-seen-again, created-in-the-image-of-God miracles He has entrusted to your care.