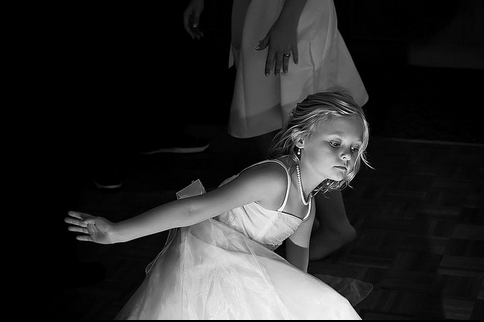 A few weeks ago, my daughters attended a dance. They go to the event every year and regularly comment about how much they enjoy it. Both would be deeply disappointed if they couldn’t continue to attend. And yet they interact with others in very different ways at the dance itself, relative to some of their multiple intelligence strengths.

My 11-year old is very word- and people-smart. In fact, she is in many ways the quintessential “social butterfly.” Thus, at the dance – as in every other social situation – she immediately sought out a friend or two and quite literally spent the entire time talking and giggling with her chums. She and her friends occasionally paused their wide-ranging conversation to step out onto the dance floor, but the main event for Abigail was the opportunity to hang out with her friends. She returned home physically tired but mentally and emotionally energized, already enthused about her next chance to be in such a large-group setting.

My 12-year old is also quite word-smart, but she is much more self- than people-smart. Thus, she doesn’t jump right into social interactions even though she has good friends. At the dance, she found security in being able to stand to the side and observe the scene for a while. In due time, she started chatting with friends, and then she danced with them for a while before choosing to sit and observe again, repeating that pattern throughout the evening. When she got home, she wasn’t physically tired, but she reported feeling emotionally drained. She said, “I had a really good time, but I’m glad this doesn’t happen every week.”

Some people would worry about Rachel, but I don’t. Not at all. Why? Because I know she’s self-smart, like me, and we talk about her feelings on a regular basis. She has friends and she enjoys being with them. She also likes the spectacle of special events such as the dance. But because she is self-smart, she doesn’t need large groups of people or continual social interaction to feel secure. She’s content within herself, happy to have friends but not in need of their constant attention.

I’d be concerned if Rachel were unduly stressed by social situations or too shy to ever initiate a friendship. But she’s not; she’s simply self-smart. Thus, she interacts with others in her own way – differently from those who have more people-smart inclinations. And I’d do her a grave disservice by forcing her to function outside her comfort zone on a continual basis.

Our culture tends to push every child to function within the same very narrow set of norms, but that’s not how kids – or adults – are wired. Rather, each is a uniquely designed individual with a uniquely crafted combination of multiple intelligence strengths and personality characteristics. That means there’s actually a very broad range of “normal” when it comes to how each person interacts with others. And who are we to try shoving everyone into the same mold when God – the Master Potter – has a much bigger vision?