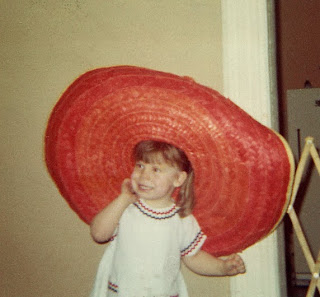 “Stop being so sensitive!”

I grew up hearing those kinds of admonitions from every adult in my life and many peers as well. And, sadly, though I faced multiple situations that would legitimately strike fear and even terror in the heart of any child, I listened all too well. By the time I was in high school, I’d become so adept at stifling any “negative” feelings that others considered me stoic, tough, and unapproachable. In fact, a friend I met as a college freshman later told me that he could practically see the thick, looming self-protective wall I’d built around myself.

I had no intentions of tearing down that wall. I wasn’t happy, of course. But since I’d learned that expressing my feelings garnered ridicule and verbal assault, burying – and, I’d hoped, killing – my sensitivity would at least keep me “safe.”

Thankfully, the Lord had other ideas, and He worked through a number of people to redeem me from that bondage. But it was a terrifying process because the first feeling I recovered was anger – in fact, a rage so overwhelming at times I felt sure it would consume me. Then I regained sadness, but it came in the form of chronic, debilitating despair that I feared would swallow me up. I desperately wanted to stop and latch onto the safe numbness I’d cultivated as a youth, but God wouldn’t let me turn back. And finally – blessedly – the scary feelings leveled off and I recovered joy as well. But it took a long time.

I now understand that sensitivity is an ability to feel deeply from along the whole spectrum of emotions, not the negative quality our culture so often portrays it to be. It is a gift and a genius quality. And I’ve determined to cultivate it in my daughters. So when we laugh, we give it everything we’ve got. When they’re angry, I don’t tell them to get over it; instead, I help them learn to express it appropriately and walk all the way through it to the other side. And when they’re sad, I don’t shush them. Instead, I hold them tightly and let them cry it out, sobbing for as long as it takes to feel the release I know will always eventually come.

And contrary to popular opinion, accepting and encouraging their sensitivity hasn’t turned them into selfish narcissists. Actually, by allowing them to experience and work through – not deny – their own feelings, my kids have been able to develop a security that has allowed them to take their eyes off of themselves. And, because they haven’t had to build up a wall of self-protection, they’re able to see and reach out to others in the spirit of true, authentic relationship.

I now cry – in happy and sad situations – at the drop of a hat. But I had to rediscover the sensitivity that was stolen from me. How much better for our kids if they never lose it in the first place?