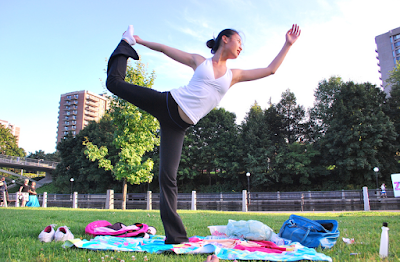 The other day in a homeschool moms' forum, I read a post that made me sad. The woman who wrote was planning to get "back to school" this coming week and had a particular daily schedule in mind. But a friend had subsequently asked if one of the woman's daughters might babysit on the Friday morning of that first week back.

It could be that the friend is habitually insensitive to the fact that homeschooling is real and requires time. Or perhaps she was unaware that the family was starting back to lessons on a schedule different from area public schools; I don't know. And, of course, whether or not to allow the daughter to babysit is totally up to the mother even though she was asking for feedback about what to do.

What saddened me, though, was that the woman seemed absolutely chained to the schedule she'd initially envisioned. It was clear from her post that she was beside herself with frustration because a wrench had been thrown into her anticipated plan. She expounded about how the daughter "had to" do things when the younger siblings did even though she had her own lessons, how she and her kids would "never be able" to adjust and do afternoon instead of morning lessons for even one day, and how she felt the whole first week would be "ruined" if Friday's plan were altered. In fact, it was clear that just the thought of having to decide what to do about Friday had "ruined" her feelings of anticipation about the entire upcoming week.

Anyone who knows me - the woman who has been aptly nicknamed "Rou-Tina" - understands full well that I love schedules and organization. I mapped out my kids' history and science programs over a four-year span to make sure we could finish the series I'd chosen for each before we launch into our high school curricula. I take a great deal of time creating a computerized version of our typical weekly schedule each year and print out weekly learning grids, too. I also advise other homeschoolers to be diligent about making sure to provide a bona fide education for their children instead of just being hit-and-miss about it (though, of course, it's also true that homeschooling approaches needn't look the least bit like what we see in the institutions).

Nevertheless, I've learned - by God's grace - that I ought not be a slave to the schedule. Creating a plan ahead of time provides a helpful framework and is a great motivational tool on days when I'd rather just "call in sick." However, one of the key truths about home education is that we're allowed to flex for real life. In fact, I think that's a crucial lesson to model for our kids, and we do them a great disservice when we don't take the realities that encompass all of life into account.

Perhaps there were other reasons why the mom on the forum was so obsessed with keeping to her schedule; I cannot know the backstory since I do not know her personally. But, given what she shared, I think she made a mistake in not flexing. Allowing the daughter to consider the one-day job would have been a great opportunity to work with her on decision-making (i.e., Did she really want to work in the morning, knowing she'd still be responsible for finishing her lessons in the afternoon?) and time management. It also would have been a great lesson for all of the children to see that formal learning doesn't "need" to happen starting at 8:00 in the morning every day, that it's possible to be productive in a less-than-ideal situation, and that a change in plans needn't "ruin" a whole day or week.

In fact, I've experienced all of the above this month.

We operate on a year-round schedule that is quite different from what most others do. We actually begin a new academic term in January each year, not August or September, and generally follow a six-weeks-on, one-week-off schedule through the end of June. Then we take our summer vacation for all of July and jump into the second half of our year in early August, continuing our rough six/one pattern through the beginning of December before taking off most of that month for winter vacation.

But another piece of the pie is that I do babysitting for a public school teacher friend, and she has in-service days in August during which her school-aged daughter - my girls' friend - comes here along with her toddler sister. Thus, I had planned - in keeping with previous years' experience - to take off for most of the last week of August, knowing it would be both kind and wise to give my daughters some uninterrupted time with their friend.

However, the school district threw a wrench into the works by requiring my friend to attend training sessions for nearly every day of the last two weeks of August, in addition to a few days the previous week as well. Some were half-days, but many were full days, requiring our guests to be with us from 7:30 a.m. until 4:00 or 4:30 in the afternoon.

I could have panicked. After all, we'd taken off all of July (except for doing a couple weeks' worth of math lessons), and I had a plan to get us back "on track" the very first full week of August. I had mapped everything out with 13 full and a few half-days of bookwork. And even though August is a time of "gearing up" to our eventual full daily schedule, having our friends with us so much more than anticipated would cause me to have to alter everything through the entire fall.

But alter I did. I didn't throw out the baby with the bath water and give up on August lessons entirely. I didn't smash 13+ days worth of lessons into the considerably fewer productive days we'd have. And I most certainly didn't whine and fuss about my whole August being "ruined."

Instead, because I've learned that homeschooling offers me the gift of flexibility, I took a look at what would be realistic for the month given our new circumstances, and I tweaked as necessary. In practical terms, that meant doing two composition review lessons instead of four and getting "behind" one week in history. But I could see that the girls had a good grasp on the composition content so paring down the review won't alter anything else going forward. And the history change just means we'll do a couple lessons after Thanksgiving instead of finishing up before then as I'd initially scheduled. We're also doing a few less math lessons, and the girls haven't done their official literature reading every day. But we did math in July, and the girls read like crazy on their own anyway. So what will it matter in the grand scheme? As for science, spelling, and grammar, I did choose to remove the latter two from my initial August plans in light of our new situation, but we'll get back to it in September so that doesn't faze me. And because we take August to "gear up" anyway, science had not even been on the docket for the month to begin with.

No doubt about it, making regular academic progress is very important. And pre-planning helps quite a bit in that regard. But what would I be modeling for my girls if I refused to flex for unforeseen circumstances? What would I teach them if I let a glitch "ruin" several days of my life? What would I communicate if I adjusted but complained the whole time?

I'm not perfect in this regard. My husband and daughters will readily acknowledge that I can still stress when confronted with last-minute changes. But I'm so thankful that homeschooling has afforded me the opportunity to take off rigidity and put on flexibility. As with so much of home education, I am learning and growing right along with my children. And I am so much better for it.