On Growing Up and the Santa Thing 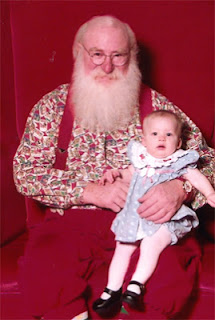 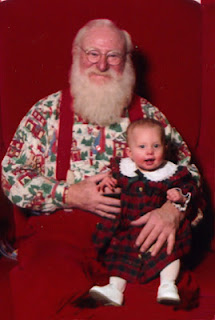 This is it: the year we must break the news to our children that Santa isn’t really real.

My girls are 10 and 11, and we homeschool. That doesn’t mean they’re overly sheltered; on the contrary, we’re out interacting with other people all the time and have very frank conversations about a wide range of topics. But homeschooling – and the fact that we’ve been able to visit the very same Santa actor every year of the girls’ lives – has afforded them the opportunity to maintain for longer than most kids a belief in a sweet legend that has brought them much joy.

Unfortunately, one of their friends recently told my 10-year old that she knows Santa isn’t real. Since then, Abigail has hesitantly broached the subject with my husband several times. She is very logic-smart and it’s clear that, though a part of her wants to continue believing, she really wants to know the truth.

My 11-year old, on the other hand, has apparently paid no attention to the conversations though she’s been in the same room each time. With a more abstract way of looking at things and the creativity and emotions of an artist, she’d probably be content to continue believing, no questions asked, for a few more years. But we can’t really do that to her if we spill the beans to her younger sister.

Even before my children were born, I wrestled with whether or not we should “do the Santa thing.” As a Christian, I didn’t want my kids to marginalize Jesus’ birth in favor of Santa. And I feared they would eventually say, “Since you lied about Santa, are you lying about Jesus?” But my husband and I finally decided to go along with it. Truth be told, we didn’t at the time want to look “different” from friends and family in yet another way. But we also wanted to let the girls have some simple childhood fun. And, most importantly to me, I knew we could use real history as a foundation for telling the whole story since the legend finds its origins in a real person (i.e., Nicholas, on whom Santa is based, a devout Christian in the third century who did anonymously give gifts to young people). I don’t regret our choice, but I don’t relish the task before us now either.

However, based on Abigail’s questioning, we can’t put it off; in fact, we’d risk undermining her confidence in us if we avoid the uncomfortable conversation or skirt the issue. But I know both girls will struggle through a range of emotions afterward and that this year’s Christmas celebration may be rather bittersweet as a result. That breaks my heart.

And it makes me long for the days of diaper changes and training wheels. But our kids grow up, and our job is to support and nurture the process all along the way – according to their needs at any given time. 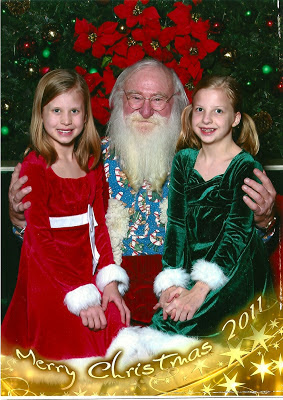