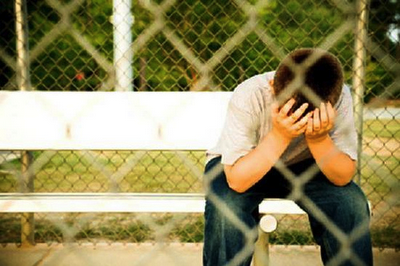 It stands out as if it were yesterday: the day I relinquished my self-control to a bully.
I’d moved to a new town and, though I remained forever an “outsider” in some ways, I adjusted fairly well. I began to soar academically, found an extracurricular niche in music and drama, made friends, and felt no ill will towards anyone.

So I was blindsided over two years later when I became a target. For some reason, a particular girl got it in her head to bug me. And soon her clique of half a dozen tormented me at every turn.
They shoved as we ran laps in gym…poked in the halls…spread vile rumors…scrawled profanity on my locker…and broke into my locker and hurled all my books into the trash.

Through it all, I tried to persevere in ignoring them. But I made the mistake of keeping my growing angst to myself instead of seeking help. So I was a volcano ready to blow - and one day after gym, I erupted.

One girl decided to step on the backs of my shoes as we hurried between bells – and, even when she’d succeeded in sliding my shoes off my heels, she persisted, scraping her toes against my socks. I sought an escape route through the wall of kids, to no avail.

And then the next thing I knew, the girl was flat on her back, and everyone was gawking. I’d apparently whipped around and smacked her across the face so hard that I’d sent her to the mat. I didn’t know what to do next so I simply stared at her for a moment, turned, and rushed away.
I don’t think my reaction was right; I don’t like that I lost my self-control. But, having been in that position, I understand why bullied kids give up and retaliate.

Bullying is obviously a self-control issue for the bully; that child needs to learn self-control to avoid behaving horribly. But the victim needs help as well because, in isolation, self-control only lasts so long. I slapped a girl, but, of course, that’s nothing compared to what can happen when a victim snaps.

I like to think a teacher would have helped if one had known the extent of the bullying. But I’m not sure that’s true, because the librarian witnessed the hallway incident and merely nodded to me as I scurried past. Clearly, she knew I’d reached my limit – which meant she (and probably other adults in that small school) knew what I’d been going through. And yet none had stepped forward to help.
If they had – if someone had merely let me know I had an advocate – I think I’d have maintained my control without blowing. So I’ve vowed, as an adult, to be active in the face of bullying wherever I see it.

Email ThisBlogThis!Share to TwitterShare to FacebookShare to Pinterest
Labels: Classroom Teaching, Fruit of the Spirit, Parenting