Want Your Kids to Respect Authority? Here’s How 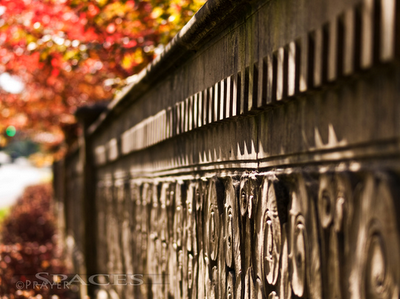 I wrote last time about why many kids don’t respect authority, pointing out that a parent who realizes she’s got such a child on her hands must look in a mirror to see the primary cause of the problem.

So let’s say you realize the issue and accept that it started with you – because you’ve faltered thus far in being the authority he craves. But he’s already five or nine or 14. What do you do to rectify the situation?

1. Set the boundaries. If your child is disrespectful, you’ve likely not erected the “boundary fences” I mentioned last time. You have no household rules to speak of, so your child thinks he has free reign. You need to insure that new rules are age-appropriate and not too restrictive, but you must have behavioral guidelines of some sort in order to positively mold your child’s character. So envision the person you want him to be at 25 – in terms of morals and ethics – and work backwards to decipher the parameters he needs now to get there.

2. Be consistent. The longer your child has gone without boundaries, the harder this will be – because he’ll challenge the new system and buck hard against it when he realizes you intend to stick with it. But you absolutely must not give in to temper tantrums, no matter how long or how ugly. If you acquiesce after 45 minutes or even a day or week, your child will realize you’ve got a limit and will push just that far next time. But if, on the other hand, you remain steadfast, testing will eventually diminish, as will the length and severity of tantrums.

3. Praise progress. Kids will take whatever attention they can get – being yelled at is better than being ignored – but they naturally prefer being noticed in positive ways. So “catch them being good” when you notice even small ways in which they comply with your new expectations. Don’t throw a party for each act of obedience – in fact, you don’t even need sticker charts. But simple words of encouragement, along with a smile and hug, speak volumes…and motivate children to repeat the behaviors that earned the kudos.

Sometimes those who’ve been raised (as have many of us) to believe that authority is “bad” fear that expecting a child to respect authority is akin to breaking his will. Doing that would, of course, constitute abuse. However, exercising the right kind of authority – that which is firm but loving, consistent but patient – results in the shaping, not the breaking, of a child’s will. And that process grows young people into adults who are joyful, content, and admired.

I see it every day in those who are parented with the right kind of fences. It can be your child, too.

I appreciate both these posts. Sometimes I find myself getting lax on some things. It is good to be reminded to be diligent.