To "Friend" or Not 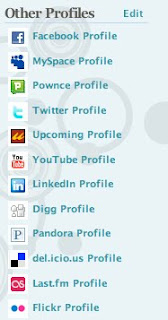 About a year ago, I took a vast leap beyond email and really plugged myself into the internet; in fact, some would say my online activity went viral. First, I launched two blogs and joined Facebook and The Homeschool Lounge (THL), an online community for moms who educate their kids at home. Shortly thereafter, I created a LinkedIn profile and checked out a few other sites. That’s the extent of it for me – I don’t “tweet” (i.e., use Twitter) or visit MySpace, and I certainly haven’t joined every applicable network I’ve discovered. But I’ve been active enough – especially on THL and Facebook – that some have wondered if I live at my computer.

At first, I was like any new “convert.” I searched “my” sites for the presence of my IRL (i.e., in-real-life) friends and gleefully “friended” them online. And I lobbied those who weren’t using the sites to “Just join! Come on, it’ll be fun!” Some were intrigued and did sign up, and we’ve had fun keeping in touch. Others, however, have politely declined for various reasons and were probably annoyed by my initial puppy-dog enthusiasm. A few folks even gave the impression that they equate an interest in social networking with a lack of spiritual maturity.

Regardless of people’s feelings, one undeniable fact is that the use of social networking is growing exponentially. Facebook, for example, currently boasts 350 million members worldwide, and LinkedIn has 50 million. Even “little” THL – a highly specialized community – recently welcomed its 10,000th member. And, in my year of being networked, so to speak, I’ve experienced some of the movement’s pros and cons, a few of which I can share here.

For example, it’s allowed me to keep in closer touch with distant friends and relatives. I now follow some of the daily pursuits of my in-laws in Ohio, dear friends in Minnesota and Texas, and even my best friend from elementary school – whom I haven’t been able to see face-to-face since we were 11. Of course, we could obviously email or even call each other. But the nature of Facebook “status reports” allows us to quickly send updates when we don’t have time for extended conversations or long written messages. Similarly, I’ve felt more connected to local friends who use Facebook, too, because it allows me to know what’s happening in their daily lives even though my work situation keeps me rather homebound.

Of course, a downside is that we can use social networking as a relational crutch – even though it cannot, in fact, adequately serve as a means to build and maintain deep relationships. My Texas friend and I have struggled lately to maintain our commitment to regular phone calls. We’ve vowed to avoid relating only via the internet, but, unfortunately, our busyness sometimes causes us to fall back on it. And I’ve also unintentionally let slide some of my friendships with those who don’t utilize social networks – not to “punish” them for not being as plugged in as I, but just because it sometimes feels “too hard” to make the extra effort to call or email…or even seek them at church.

Beyond personal relationships, social networking can contribute to people’s careers. For example, as I interact on THL, I learn about new home education programs and techniques, and get feedback about tough learning and parenting issues; that makes me a better teacher and mom. And I got a paid writing “gig” as a result of connections made through Facebook and THL. Similarly, my lawyer friend who regularly uses LinkedIn has gained new clients from his interactions, and others have used LinkedIn and other job-related sites to find work in this hard economy. In fact, I’ve heard of several cases where employers no longer accept resumes sent via old-fashioned “snail mail;” they only consider those posted on professional networking sites.

But social networking can be a professional hindrance, too. For example, I’ve had to be very careful about the time I spend checking my sites or writing on my blog during my children’s school day; sometimes I use it as a five-minute distraction while they do independent work, and then I spend more time at night, but I have to remember to keep my focus where it belongs. Likewise, someone who browses his networks during his time at a paid job may soon find himself receiving a reprimand or even standing in the unemployment line.

Some are convinced that such potential problems are reason enough to “encourage” all Christians to avoid the whole thing. Others feel as I did at the beginning of my journey – that “everyone” should join because the benefits are so great. But, as a result of my experiences so far, I’ve come to believe that social networking – and each person’s decision to be involved or not – is really a matter for Romans 14 and 15. In other words, I shouldn’t judge another’s choice to remain social network-free; likewise, one who sees no need for online networking shouldn’t condemn me for joining. Social networking has benefits, but those who enjoy their online “communities” ought not look down on those who choose not to participate. Similarly, social networks have potential pitfalls, but those who avoid the sites out of personal conviction should not judge those who are networked, presuming that we’ve tossed ourselves deep into chasms of sin.

Rather, we should each approach our levels of involvement as we should any other “Romans 14 issue” – with due diligence, knowing we’re each accountable to the Lord for our choices on the matter, and with “holy disinterest” in anyone else’s personal conviction on the subject.