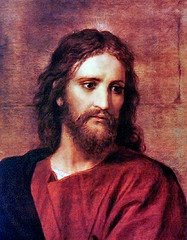 A family from my church has four children they’ve homeschooled from kindergarten. Neither parent went to college, yet their children have been doing extremely well.

The oldest son, Sam, demonstrated his intellectual prowess from an early age and became a National Merit Scholar. He’s now finishing up his sophomore year of college, where he’s continued to do very well.

Last spring, I tutored the second son, Steve, in preparation for the writing portion of his ACT. At our first meeting, he said, “I’m not as smart as Sam, but I want to do my best.” As it turned out, Steve didn’t really need my help. He’s a very good writer and just needed encouragement from an outside source. In fact, he very nearly aced the test and, he, too, was awarded a National Merit Scholarship.

Of course, Sam is thrilled for his younger brother, as are their parents. Both boys’ scholarships allow them to obtain college degrees that might otherwise be out of their reach financially. But the two younger siblings, Mary and Mark – especially Mary – had a decidedly different reaction.

She panicked. Currently a high school sophomore, she’s apparently a good student in her own right, but immediately felt pressure to continue this new “family tradition.” One day, she grabbed her dad and said, “I don’t think I can do it! I don’t want to disappoint you and Mom, but...”

“The only expectation we have is that you be like Jesus.”

Bill really means that – for each of his children. Can you say the same thing? Can I?

Over the years, I’ve observed that lots of Christian parents – regardless of where their kids attend school – get hung up on the academic performances of their children. We’re heavily involved in our kids’ educations, and we expect them to demonstrate the appropriate, godly characteristics of diligence and perseverance. So it becomes easy to slip into the mistaken idea that getting high grades is the measure of success.

Depending on a child’s giftedness, good grades in traditional schoolwork might result from hard work – and we can expect a child to get the grades of which he is capable. But, as Dr. Kathy says, we need to parent the children we’ve been given, regardless of where they fall on the spectrum of academic ability.

Which means that not every child will earn a National Merit Scholarship. So be it. We need to stop focusing on the world’s definition of success and remind ourselves what Bill knows: Whatever our children do in life – nuclear physics, plumbing, parenting, nursing, or waiting tables – we need to teach them first and foremost to love and emulate Jesus in all things. If they learn that lesson, they will have true success.