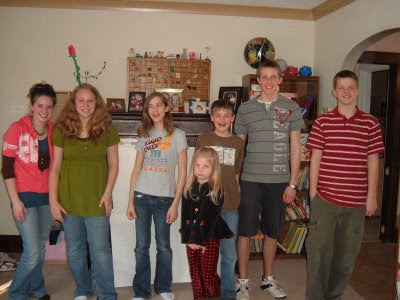 Do you hear regularly, as I do, about “those rotten kids” (a.k.a. teenagers)?

To be sure, teens in our day are exposed to much more “garbage” than we ever were. So they do face many challenging situations. And – just as we did – they make mistakes, the consequences of which (for themselves and others) can be serious and far-reaching. Kids need our help to navigate their rough waters of adolescence.

But I believe we are dead wrong to label as “bad” a whole generation of people. And, worse than that, we harm them by doing so.

First, think about how the label is wrong. I worked for nine years at large, urban secondary schools with teens who could easily be called “at-risk;” in fact, I was repeatedly asked, “Aren’t you afraid to work there?” I did have some troubled students, including at least one young man who was sent to prison before he turned 16. But even Joe was not “rotten” (i.e., irredeemable). And 95% of my students – as disadvantaged as they might have been – did not act out negatively, either at school or in the community. Each surely had his bumps along the road (haven’t we all?), but the vast majority came out all right in the end.

In fact, a good many young people don’t just turn out okay. They shine. A recent story in my local newspaper details how dozens of teens sacrificed their time on a Sunday to clean up their neighborhood. And then there is the amazing story of a group of young college softball players who carried an injured player from the opposing team around the bases so she could be credited with her first-ever career home run; in so doing, those girls knowingly gave up their chance of a playoff bid. Wow. I can easily think of many other examples of kids doing good. I bet you can, too.

So it’s bad enough that we insult them with incorrect labeling. Worse, though – since any person gains a huge sense of identity from what others (especially those in authority) say about her – is the likelihood that our negative assumptions damage. Simply put, our words have power to create self-fulfilling prophecies. Thus, if we assume that teens are “bad,” many will work hard to prove us right. On the other hand, if we demonstrate belief in kids’ current (immeasurably high) value and future (positive) potential, they’ll prove us right with that instead.

As an adult who interacts with children, which kind of influence are you?